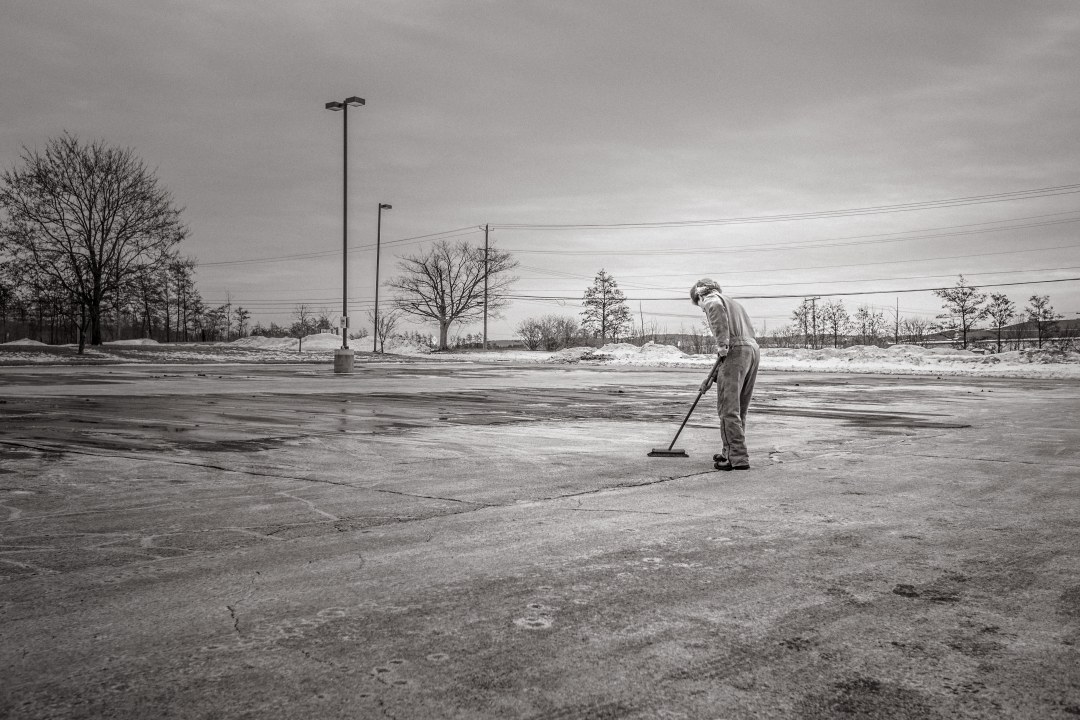 Undoubtedly, one of the most difficult leadership jobs has to be leading a group of volunteers. It seems like it should be easy. Everyone volunteered because they are passionate about the organization, the mission or the cause being worked on. Surely they’re committed to whatever level of work it takes to support the organization. But, the reality is, leading volunteers can be taxing physically, mentally and emotionally. While the volunteers are passionate about the cause, they inevitably hit a wall where their passion succumbs to the daily pressures they face outside the organization they want to support. When the reality of a “paying job’, family or other responsibilities overtakes their passion, they start to step back, fail to show up, or do less than their best work. In some ways, this is as detrimental to the organization as if they hadn’t shown up in the first place.

But, leading in the work place is much easier, isn’t it? After all, people are paid to be there, and they don’t even have to be passionate about the mission or goals of the organization. They just need to show up and do what’s asked. Right? Wrong….

Just because someone is paid to do a job, we all know that this isn’t a guarantee that they will show up with their best efforts every day, or that they will go above and beyond the job to take care of customers or team members. And even if you are their peer, there’s no guarantee that the other team members will really give it their all to help you out and make sure you’re successful. The reality is, leading up and down the organization is much easier than leading across, amongst your peers.

Patrick Lencioni talks about the importance of making sure your peers are successful in his book “The Five Dysfunctions of a Team.” In fact, he talks about this group of people as your ‘number one team.’ He says that this group of people, your peers, is so important, that not taking care of each other can be more detrimental to the organization than not taking care of the team you lead. The theory is, if every leader worries more about themselves than they do the overall organization (e.g. my department results are the most important thing I need to focus on), it is a forgone conclusion that decision-making will suffer, and the organization as a whole will suffer right along with it.

But, no matter how hard we try, getting everyone on a team to agree to this, and focus on each other as ‘Team #1’ continues to be an elusive idea. No doubt you’ve experienced this behavior first hand with your peers before. Let’s look at a fictional (or is it?) scenario.

A high-performing group of peers gathers to discuss ideas on how to solve a significant issue in the organization. It’s a good team, where folks feel the right to speak up, disagree (without being disagreeable) and share their opinions and ideas. Collectively, you take on the role of driving the conversation and even tell the group you are willing to take notes and send them out when some final decisions are made. The meeting seems to go great, and everyone seems on board for implementing the new ideas. In fact, they are downright fired up to see some of the changes implemented.

A couple of days later, you send out an email with a summary of the discussions and a list of the ideas that everyone agreed to. At the end of the note you ask each person to send a note back to you telling you what task they are willing to take on. It’s then that you feel like you can hear crickets chirping. No response, or the inevitable “I’d love to….but I am really busy right now” response. It’s then when you realize that leading peers is the hardest of all leadership roles.

You shouldn’t be too surprised with the response though. It’s not uncommon, and is grounded in a psychological phenomenon called the ‘Bystander Effect’, or the ‘Genovese Syndrome.’ This syndrome was first identified in the 1960s after the murder of a young lady named Kitty Genovese in Queens, New York. Coming home from work one evening in 1964, Kitty was attacked outside an apartment complex multiple times by the same man. During the hour that it took for him to assault her, no less than 38 people physically witnessed the attack, yet did nothing to intervene or help out. She ultimately died in the arms of a stranger who finally took the time to check on her, but nearly an hour after the attack started.

Why in the world, knowing someone was in danger, would that many people fail to act to help her? That’s what psychologists wanted to know, so they set out to find out the cause behind the inaction. What they discovered was sobering. When questioned why they hadn’t acted, some of the responses from the neighbors were:

Or consider this scenario.

You are at home one Friday night, watching a movie and enjoying time with the family. Suddenly, the power goes out and you’re left in the dark. Luckily, the phone is still working, so you get your flashlight and look up the number to the power company so you can call them. Or do you? Is there really any reason to call? After all, everyone else in the neighborhood is affected too, and surely your neighbor has already called. No need to call them and add to the number of calls coming in.

While the research conducted by psychologists was primarily focused on the actions of people during emergencies, they discovered that people tended to respond more quickly based on several factors, with one seeming to weigh more heavily than others. During the studies, response to emergencies was correlated to the degree of responsibility the person felt when witnessing the emergency. And that degree of responsibility was a factor of three questions that the person played out in their minds.

Essentially, the more the witness liked the person, the more they felt capable of helping, and whether or not they knew the person had a direct impact on their response.

There are lessons for us as leaders when we’re working with our peers from the Bystander Effect. If you are experiencing ‘crickets’ when you ask for help in solving problems, there are lessons from the incident in 1964 that can help you gain more support, and ultimately make the organization better for it. What are some of the things you need to be doing BEFORE you need help from your team?

Once you’ve mastered the relationships with your number one team, how can you call on them to help you when you need it and avoid the Bystander Effect? How can you get them to jump in and help you as one of the team, looking out for the good of the whole? While there’s no silver bullet for every situation, I think there are a few things you can do to increase the odds that you won’t be left holding the bag when you need the help of everyone.

If you are finding yourself frustrated with your peers, seeing them back away from responsibility to the rest of the team, it doesn’t have to mean everything will fall on you. Just remember that the reaction is normal, and to overcome it, you need to get them beyond the Bystander Syndrome. Help them see the benefit and commitment to the rest of the team, and model your behavior so when the time comes for them to step up, they’ll know who ‘Team #1’ is.

I’m sure we’ve all faced this exact situation. What have you learned that was successful in gaining the buy-in of your peers? Share with the group….

Tags
Influence
Leadership
← PREVIOUS POST
How To Deal With The Person Who Has No Filter
NEXT POST →
Ban The Newsletter: 4 Better Ways To Engage Your Team