How To Target Your Message And Improve Morale 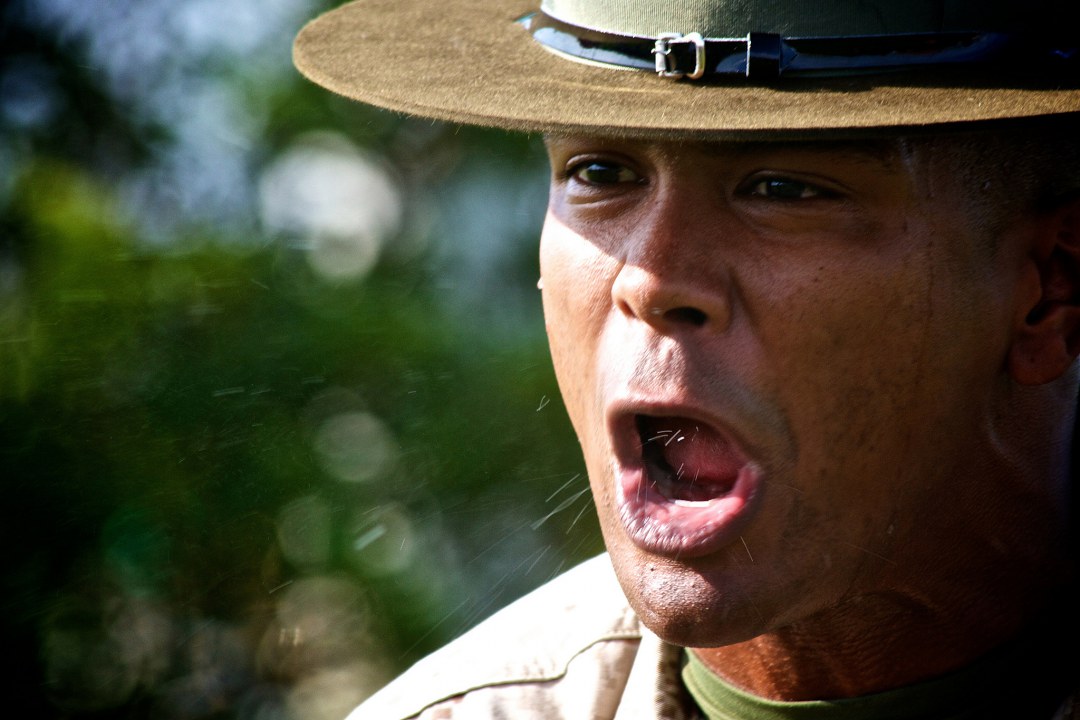 I can still remember the night like it was yesterday. I was asleep, exhausted from a full day of work, when suddenly, a loud, crashing noise broke the silence and I sat upright in bed. I shook off the cobwebs and tried to figure out where I was, and what in the world was going on. Surely I was dreaming. The noise kept getting louder, and I realized that something was banging across the floor, and someone was yelling wildly. The fog of sleep just wasn’t letting me process what was going on, but I knew it was serious.

But before you think this was some quiet slumber in my comfortable bed at home, I should explain. I was in U.S. Army Basic Training at Fort Knox, Kentucky that night, and the bed was a 4 inch mattress on the top bunk of the second floor in a large, old wooden barracks. The sound that woke me up that morning was the Drill Sergeant yelling for all of us to get up, all while kicking things across the floor to get our attention. He had mine for sure!

Everyone scrambled out of the barracks, and we stood at attention under the streetlight for what seemed like an eternity. So why such a rude awakening? Someone hadn’t done their job that night, and had fallen asleep while on “Fire Guard” Duty. To most who haven’t experienced military life, this might seem strange. But it’s normal during Basic Training, and a familiar story for many.

The barracks we were staying in were built during WWII, and the wood in those buildings could go up like a dry Christmas Tree without notice. The Fire Guard actually had an important job; stay awake to warn us if things happened. But, as all of us were prone to do after a full day of ‘fun’, he fell asleep.

The Drill Sergeant hustled us out to the street in our underwear, and we alternated between standing at attention and doing pushups for at least an hour that night while he walked up and down, ‘gently’ reminding us how important it was to stay awake. Our fellow soldier’s lives depended on it, and one of us had let the rest down. This was serious business, and we all had to pay for it.

That night is still fresh on my mind, and certainly taught me a lesson on teamwork and accountability that I haven’t forgotten since. But I have learned that this isn’t the technique to use in every situation.

Some leaders have a tendency to send a generalized message to a team when what was needed was a very directed one to just a few. In the case of our Drill Sergeant, (whom I saw later in my career and reminded him of the story) he had a valid reason to send the message to everyone. This was a potential safety issue, and we all needed to understand the implications. It was also part of bringing us together as a team.

But, in the civilian work world (and the military too), these types of situations are limited, and we need to be more targeted in our messaging. We can’t punish everyone, or call out the team for the failures of one. We have to be willing to address the offender as their leader, without taking things out on the whole team.

It’s easy to understand why some leaders do this. It’s never easy to sit down with someone who’s made a mistake and coach them on how they’ve failed, especially if the issue is fairly egregious. It’s uncomfortable, and can lead to hurt feelings and strained relations. It’s also difficult if you haven’t been holding that team member accountable for other issues in the past. You’ve let things slide, which feels to them like acceptance for their behavior. You fear that they’ll think you are being inconsistent.

But, when you punish the group, or send a message that’s intended for one to a whole group, all you do is end up alienating the entire team. Everyone knows who made the mistake (even if you don’t think they do) and they are looking at you to lead them, and address the offender. When you broadcast the message in a way that includes everyone, you’ve sent the message that they are guilty by association and everyone pays for the mistakes of a few.

[bctt tweet=”Your ability to lead in difficult circumstances says more about you as a leader that you may realize.”]

So, how can you begin to address your behaviors and stop taking out your frustrations on everyone? What should you start doing now to change the dynamic if you aren’t comfortable with direct coaching?

As a leader, you’ve accepted some big responsibilities. Having to deal with problems isn’t easy, and dealing with problem individuals is even more difficult. But, if you want to inspire your team to better things, you have to be willing to address people where the issue lies, and not everyone as a group. Your ability to lead in difficult circumstances says more about you as a leader that you may realize.

How do you deal with situations where a few are needing coaching? Do you send a generalized message for a specialized problem?

If you want to read more, sign up for regular emails at www.johntmason.com

OakHorn Solutions | How To Target Your Message And Improve Morale